The actual profession of chiropractic – as a distinct form of health care — dates back to 1895. However, some of the earliest healers in the history of the world understood the relationship between health and the condition of the spine. Hippocrates advised: “Get knowledge of the spine, for this is the requisite for many diseases.”

Herodotus, a contemporary of Hippocrates, gained fame curing diseases by correcting spinal abnormalities through therapeutic exercises. If the patient was too weak to exercise, Herodotus would manipulate the patient’s spine. The philosopher Aristotle was critical of Herodotus’ tonic-free approach because, “he made old men young and thus prolonged their lives too greatly.” 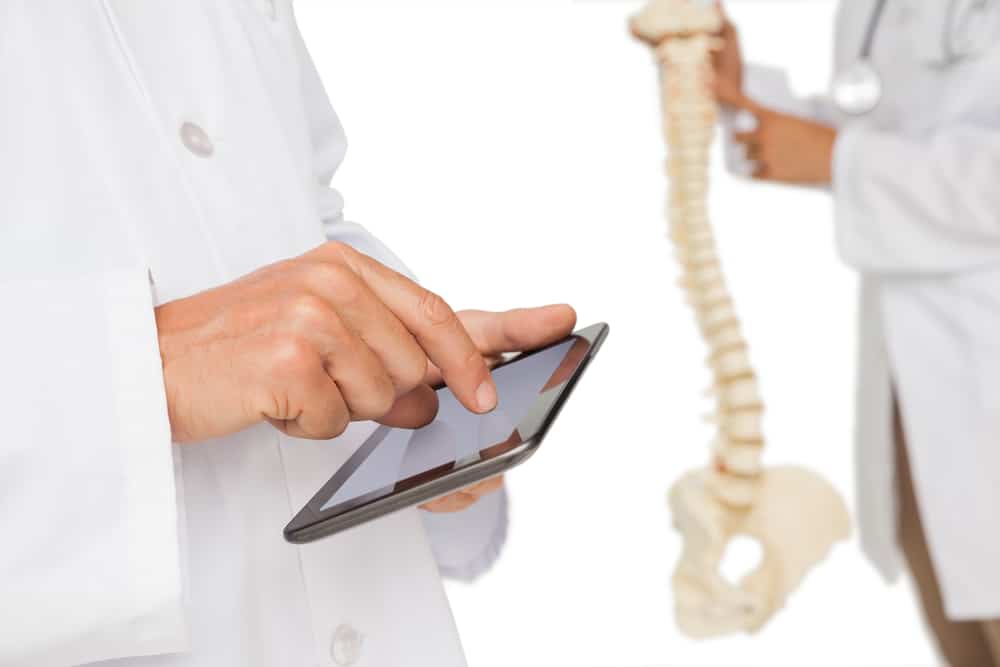 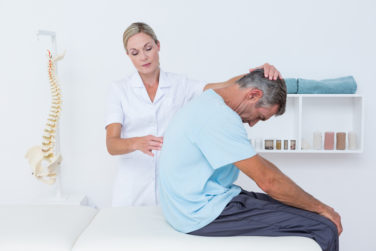 But the treatment of the spine was still crude and misunderstood until Daniel David (D.D.) Palmer discovered the specific spinal adjustment. He was also the one to develop the philosophy of chiropractic which forms the foundation for the profession.

D.D. Palmer was born in Ontario, Canada, in 1845, He moved to the United States when he was 20 years old. He spent the years after the Civil War teaching school, raising bees and selling sweet raspberries in the Iowa and Illinois river towns along the bluffs on either side of the Mississippi River. In 1887 he moved to Davenport and opened the Palmer Cure & Infirmary.

On September 18, 1895, D.D. Palmer was working late in his office when a janitor, Harvey Lillard, began working nearby. A noisy fire engine passed by outside the window and Palmer was surprised to see that Lillard didn’t react at all. He approached the man and tried to strike up a conversation. He soon realized Lillard was deaf.

Patiently, Palmer managed to communicate with the man, and learned that he had normal hearing for most of his life. However, he had been over in a cramped, stooping position, and felt something “pop” in his back. When he stood up, he realized he couldn’t hear. Palmer deduced that the two events — the popping in his back and the deafness — had to be connected.

He ran his hand carefully down Lillard’s spine and felt one of the vertebra was not in its normal position. “I reasoned that if that vertebra was replaced, the man’s hearing should be restored,” he wrote in his notes afterwards. “With this object in view, a half hour’s talk persuaded Mr. Lillard to allow me to replace it. I racked it into position by using the spinous process as a lever, and soon the man could hear as before.” 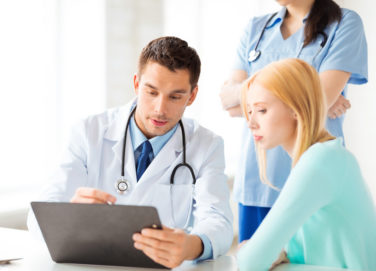 Over the succeeding months, other patients came to Palmer with every conceivable problem, including flu, sciatica, migraine headaches, stomach complaints, epilepsy and heart trouble. D.D. Palmer found each of these conditions responded well to the adjustments which he was calling “hand treatments.” Later he coined the term chiropractic — from the Greek words, Chiros, meaning (hand) and practikos, meaning (practice or operation).

He renamed his clinic the Palmer School & Infirmary of Chiropractic. In 1898, he accepted his first students. Although he never used drugs, elixirs or potions, under Palmer’s care fevers broke, pain ended, infections healed, vision improved, stomach disorders disappeared, and of course, hearing returned.

Often surprised at the effectiveness of his adjustments, D.D. Palmer returned to his studies of anatomy and physiology to learn more about the vital connection between the spine and one’s health. He realized spinal adjustments to correct vertebral misalignments, or subluxations, were eliminating the nerve interference causing the patients’ complaints.

At first, even though it proved to be a successful way of healing the body, chiropractic adjustments were not readily accepted. Years after Harvey Lillard’s hearing was restored, the news media delighted in vilifying the pioneer chiropractor, whom they labeled a “charlatan” and a “crank on magnetism.” The medical community, afraid of his success and discouraged by its own failure to heal diseases, joined the crusade and wrote letters to the editors of local papers, openly criticizing his methods and accusing him of practicing medicine without a license.

D.D. Palmer defended himself against the doctors’ attacks by presenting arguments against the medical procedures of vaccination and surgery. He also cautioned against introducing medicine into the body saying it was often unnecessary and even harmful. In 1905, the medical establishment won a minor victory when they conspired to have D.D. Palmer indicted for practicing medicine without a license. He was sentenced to 105 days in jail and was required to pay a $350 fine. Only after serving 23 days of his sentence, did he pay the fine.

D.D. Palmer believed that all living beings are endowed with “innate intelligence” which regulates all the body’s vital functions as it flows through the nervous system. The primary role of the chiropractor, Palmer believed, was not to treat conditions but to remove nerve interference caused by subluxations. Then the innate intelligence could perform its role in maintaining health without the need of medication or surgery. 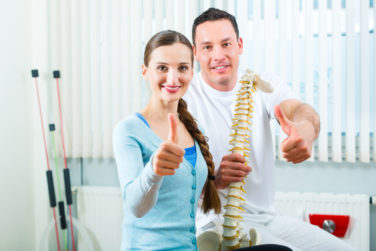 From 1906 to 1913, D.D. Palmer published two books, “The Science of Chiropractic” and “The Chiropractors Adjuster.” He died in Los Angeles at the age of 68.

Luckily D.D. has a son, Bartlett Joshua, who was as enthusiastic about chiropractic as his father and who continued his father’s work. Bartlett — or B.J. as he is now known — is credited with developing chiropractic into a clearly defined and unique health care system.

In 1902, B.J. graduated from the Palmer school started by D.D., and before long — with his wife and fellow graduate Mabel — was helping patients and taking on more and more responsibility for the school and the clinic. He also was instrumental in getting chiropractic recognized as a licensed profession. “Nature needs no help . . . just no interference”, is a classic saying attributed to B.J. Palmer. This is the essence of chiropractic.

Although the profession has advanced tremendously since the days of D.D. and B.J., the basic tenets and understanding of chiropractic as a drug-free method of correcting vertebral subluxations in order to remove nerve interference still stand. Chiropractic has made huge strides and advancements since then and now it is the second largest healthcare profession, with dentistry being third.

Make some history of your own, visit your local chiropractor today.